Tokat province lies in the north-central Anatolia, just at the south of the Pontic Mountains. The project area covers the northern districts of Tokat (Erbaa, Niksar, Başçiftlik, and Reşadiye), which are influenced by both central Anatolian and Black Sea climatic conditions. The area can be considered as a gateway between two regions. Although Tokat and its vicinities are very rich in terms of archaeological sites, the region is not well investigated.

The main purpose of the “Northern Tokat Archaeological Survey” is to understand and record the early mining activities in the region.

The famous archaeological site of Horoztepe, which was excavated in the late 1950s, is located in Erbaa. The excavations conducted in the cemetery of Horoztepe settlement in 1957 yielded incredibly rich and distinguished objects made out of bronze. The findings from Horoztepe illustrate the region’s significance for metals and early mining activities, which took place during the Early Bronze Age between 3000-2000 BC. Early Bronze Age is a significant period because it witnessed one of the most important developments of the history of humanity; namely, the invention and intensive use of bronze.

The first season of the archaeological surveys in the area took place in July 2019. The research in summer 2019 was realized by the support of Yaşar University research grant (BAP074).

Photos from the Research Area 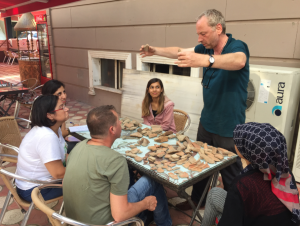 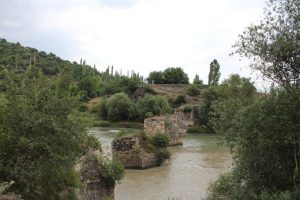